It’s weekend again, our most favourite time of the week, a time to relax and refuel for the upcoming week and we guess you are doing the same. Today, we are sharing with you what’s on our playlist this Saturday and we wish you have a wonderful weekend. 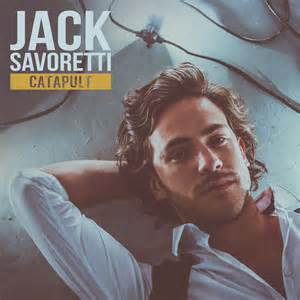 Jack is an English solo acoustic singer who has released 5 albums during his music career. In 2007, He released Between the Minds, Harder than Easy(2009), Before the Storm(2012), Written in Scars (2015) and Sleep No More in 2016. https://www.youtube.com/watch?v=QYZOnIEUdY

Born Ellinor Miranda Salome Olovsdotter in 1985, is a Swedish Singer and Song writer and we love her.

She’s my favourite Lebanese Singer and her songs are like music to my soul, sometimes deep and melancholic but soothing at the same time.She has sold over 30 million copies of her album worldwide.

4. The Latest by Runtown.

He is a Nigerian Singer, Song writer and music producer popularly known for his hit song –Mad Over You which won many awards in 2017.

She is an Australian Singer known for her melodious voice and her face-covering wigs. She is very talented and her sixth studio album 1000 Forms of Fear debuted at No.1 in the US Billboard 200.

What are you listening to? Share with us at the comments session below.

Thanks for stopping by my corner of the Internet! My name is Chioma Schmitz, a published author, a skincare enthusiast and a blogger. I run a skincare and lifestyle blog on www.chiomaschmitz.com. Also, I write in-depth reviews on skincare and beauty products . Furthermore, I give expert Advice and recommendations on skincare products for all skin types. For sponsorship or advertisement, please send an email to Chiomaschmitz@web.de ~ Chioma Schmitz Editor-in-chief View all posts by Chioma schmitz

2 thoughts on “MUSIC: OUR SATURDAY PLAYLIST”

www.chiomaschmitz.com  is a skincare, Beauty and a lifestyle blog with a readership of more than 100,000. The blog was founded in April 2017 by Chioma Schmitz and was remodified in 2018 as the go-to-place for all your skincare, beauty and Lifestyle needs!